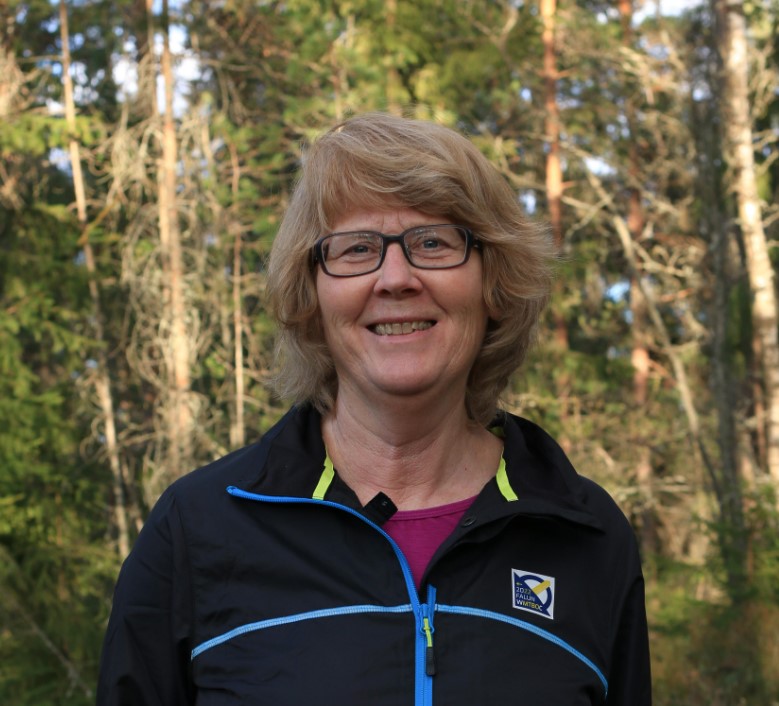 Jannike Wåhlberg who has orienteered for OK Kåre her whole life is the person with overall responsibility for the MTBO World Championships, that is Event Director which she will probably present herself as during the race days 15th-20th July this year. As Event Director, Jannike’s main responsibility is coordinating the work which the two main organising clubs OK Kåre and Säterbygdens OK will need to do during the preparations, which have been on going since 2020, including mapping, course setting as well as all the other planning for the competition week.

”Actually it is basically the same work that needs to been done irrespective of whether it is a national race or a world championship. Though of course a world Championships requires that little extra for example media coverage and following the races live on-line”, says Jannike. ”There are many people more important than I am who are working with the preparations so that it will be a top class event”, continues Jannike, and names in the particular the mappers and course setters.

Compared to the world championships in foot orienteering there aren’t quite so many competitors. We estimate a total of around 300 competitors and team officials will attend the World and Junior World Championships. In connection with the championship races there will be spectator races in the same areas as the world’s elite mountain bike orienteers will compete.

”I hope that there will be many people who will take the opportunity to try this exciting and high speed sport and that those who are used to cycling on forest trails can experience the extra challenge of navigation”, says Jannike.

The Lugnet terrain will offer tough hilly cycling and some technically challenging paths while the terrain around Mora by, Gustafs, in Säters municipality is a little more forgiving with sandy paths.

”Even if it will be a hectic few days I hope to cycle one of the courses myself”, concludes Jannike.

Participate in the spectator races at World MTB Orienteering Championships